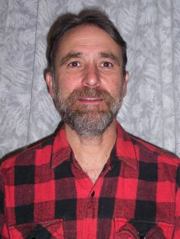 Operation: When Robert isn’t working his normal job or helping us out as a Peterson State Rep, he’s running his building company, Revnell Design Builder. Robert mainly mills Red Oak, Maple, Beech, White Pine into custom made house parts and counter slabs for his company. Robert hopes to one day build his four daughters a home each.

Best feature: Peterson’s has the best blade technology and selection. Blades are easy to sharpen and running costs are a tenth of what bandsaw mills are.

Tip: Keep your blade and your awareness sharp.

Motto: “Make your commitment to safety or don’t cut it.”

Robert loves his Peterson mill. . .
When I told my wife Darlene I was going out to hug my mill she said (due to the cold weather) “You are going to get your lips stuck to that sawmill!” 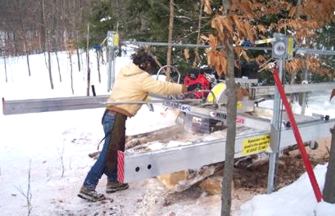 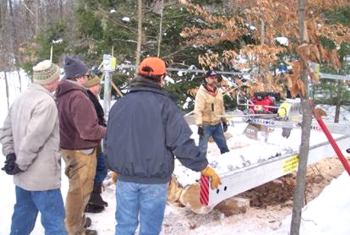 The above pictures are of Robert doing his first demo as a Peterson State Rep.

« Return to 'All Terrain Sawmill by Peterson Portable Sawmills' index