The most cost-effective way of playing with wood 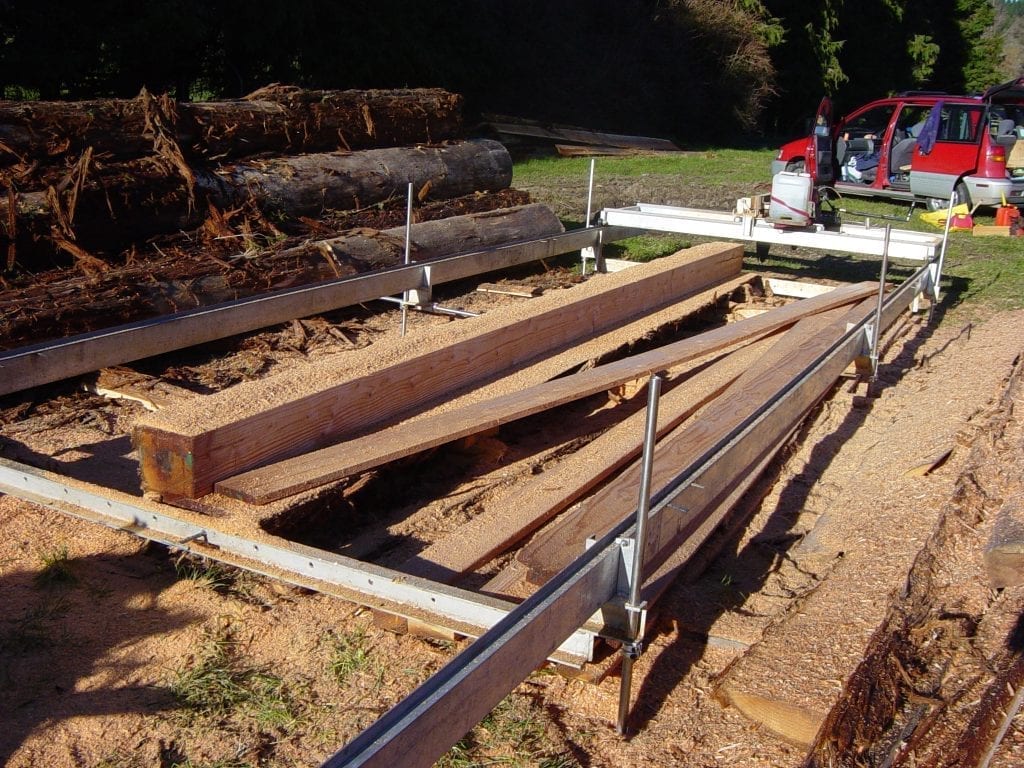 He worked as an Operational Forester for almost a decade before moving into strategy and policy around 2003. Like most people in the forest industry, he knew he enjoyed working with wood and wood products. After years managing operations and forestry contracts for others, Mike was keen to use timber that he’d milled with his 20 year old Peterson mill for personal projects.

In 2006, Mike purchased Redwood logs to make cladding for the house he and his wife planned to build. He set up the mill in a friend’s farm paddock and milled the 6m Redwood logs into weatherboards (200 by 25mm), as well as some 100 x 50mm timber, and 150 x 50m timber. House plans went on hold as the global financial crisis loomed. The milled timber went into storage on the farm while Mike decided the best use for the boards.

Mike trained as a forester with the New Zealand Forest Service, and likes to work with wood when he’s not busy with his regular paying job. In 1996, he purchased the Peterson Standard Frame sawmill because he saw the portable sawmill as “the most cost-effective way of playing with wood” : “I can operate the Peterson on my own, I can move it around easily (on my own), I can produce timber for home building and renovation projects. It’s ideal for me.” 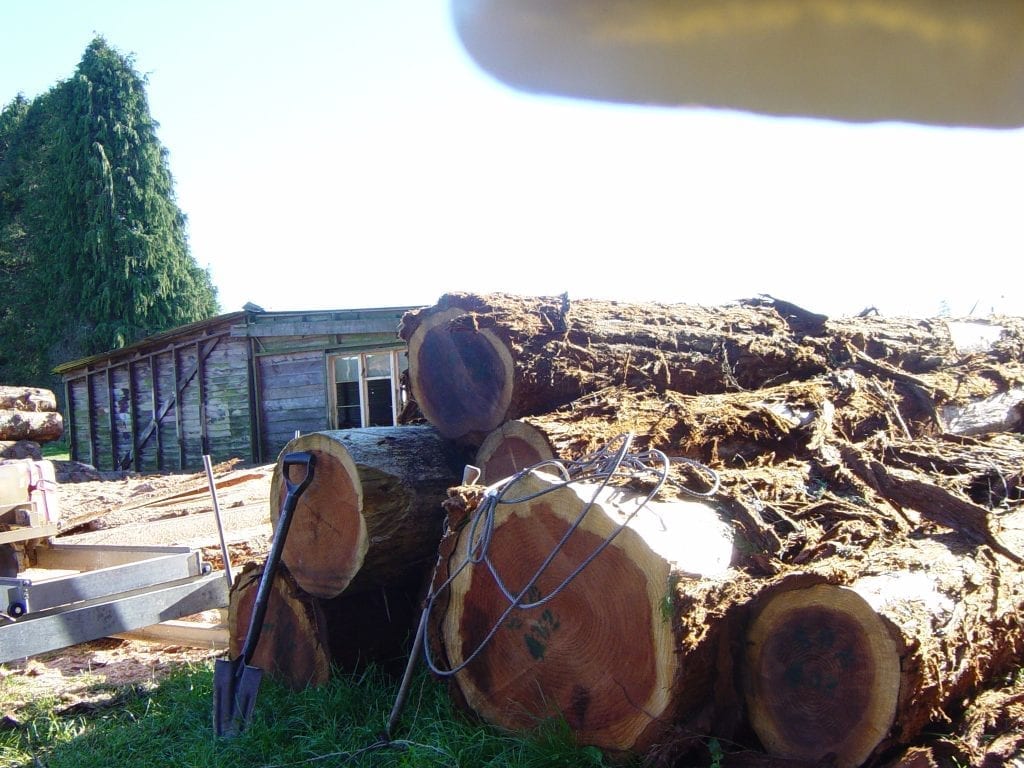 After purchase, the mill went into storage for about 10 years, until a friend asked Mike to give him a hand with a neighbour’s oak tree. Mike brought his mill to the property and they turned the “gnarly old Oak tree” into timber boards, half of which went into storage under the friend’s house and half of which became a source of timber for Mike’s projects.

Then he was asked to make timber from Macrocarpa on a friend’s farm. At the same time, he cut some timber from Poplar felled on the edge of his orchard. When he had the opportunity to purchase Redwood logs from a Carter Holt Harvey-owned forest near Putaruru, he used the logs to make a range of boards in anticipation of building his house. The next year, 2007, he used the sapwood off-cuts to build his first shed.

Nearly 10 years later, the shed still stands strong in his back yard, providing dry and secure storage for tools and garden equipment. 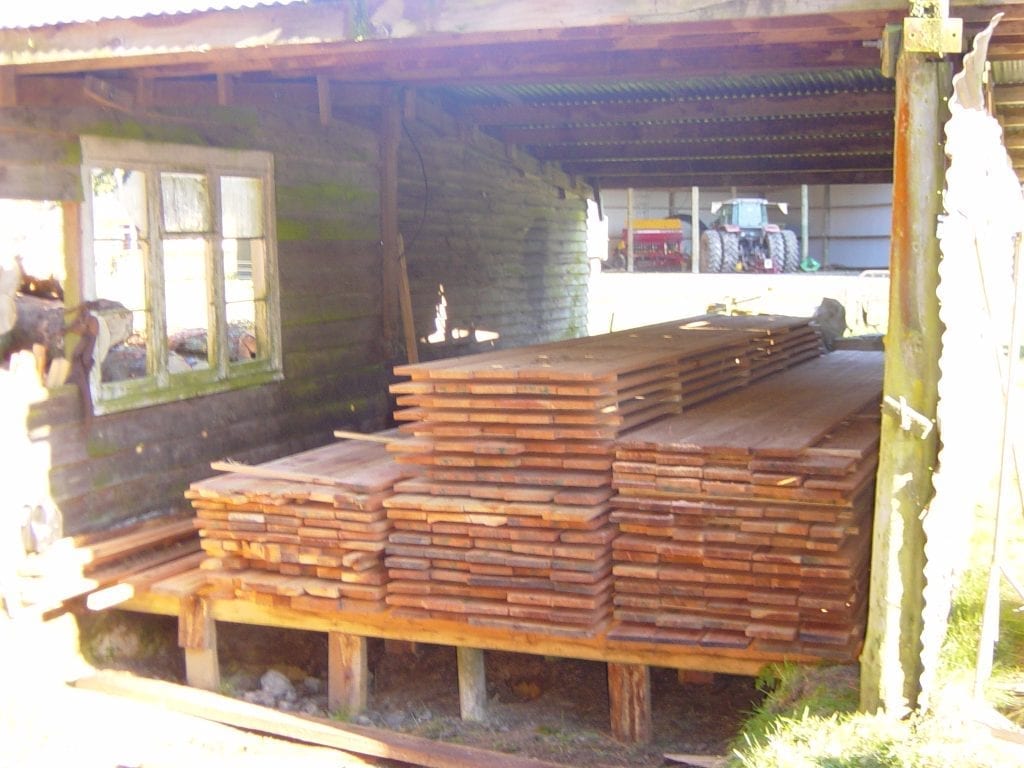 In 2010, he used the Redwood weatherboards (200 by 25mm) to clad his self-built garage in Central Wellington. The garage was designed by an architect to fit the heritage style of the urban neighbourhood.

Mike purchased the Cedar garage door ready to install. For the rest, he milled the timber for the framing (Douglas fir), the beams (Lawson’s Cypress), the mezzanine floor (Douglas fir) and Redwood internal sliding door on his now 20-year-old Standard Frame mill. The Redwood weatherboards were profiled separately to be used as external cladding.

He recorded the 12 months spent working on his part-time garage project in progress photos.

The architecturally designed garage is finished, but Mike’s not done with his Peterson mill yet. 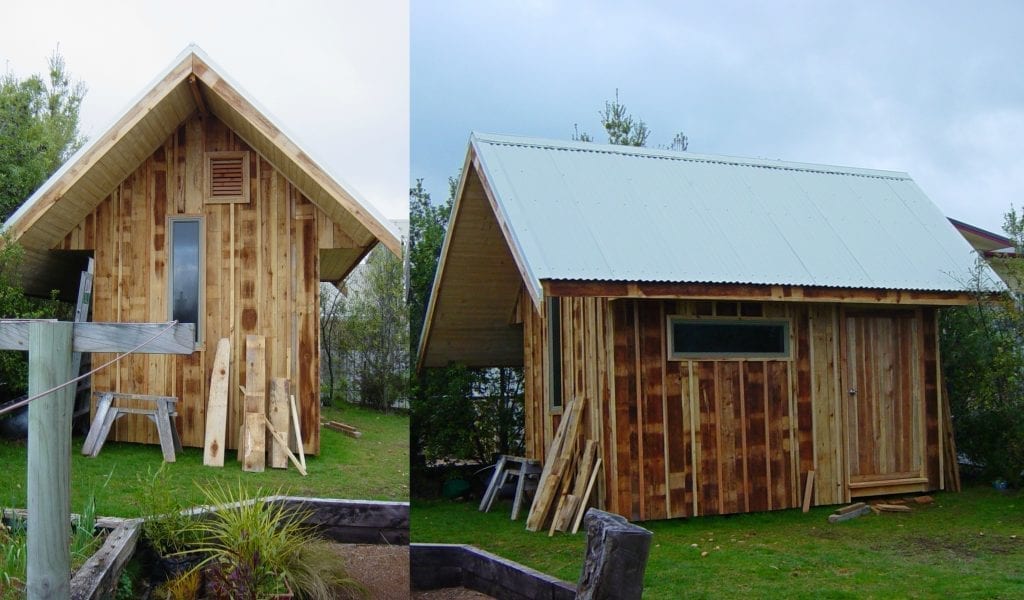