Menu
Home » Latest portable sawmill news and articles » What’s the difference between a Peterson and a Lucas sawmill?

What’s the difference between a Peterson and a Lucas sawmill?

Bill Shore is uniquely qualified to discuss their similarities and differences

“I moved to the George Washington Forest (WV) back in the early 90’s. I couldn’t wait to saw my own lumber and bought the first tool I could afford, an Alaskan mill that attaches to a chainsaw.”

“It didn’t take long until I knew I had to get something more substantial, because I wanted to offer custom sawing services. I bought the best I could afford at the time, the Lucas portable sawmill. I admit that as an Australian, I wanted to support an Australian company.”

Bill used his Lucas mill to cut the lumber and posts and beams for a workshop, a house and a storage shed. He offered on-site custom sawing but it was labor intensive, and not profitable enough when working solo. He moved on to other pursuits, but continued to saw lumber for his ongoing projects.

“We cut 8” x 16” beams for the house and had to manually turn the Lucas saw head every beam. Now I make those same beams by myself with the Peterson sawmill’s ability to double cut without delay.”

In 2014, he was milling more frequently. A local logger cutting a wood tract up the road had offered to drop off logs suitable for railroad ties. Interested in giving it a go Bill decided ties would be too time and labor intensive to cut on the Lucas.

Someone was selling their Peterson 8” swingblade, and he jumped at the chance to own one. “The Lucas was fine when I was a younger man. Now with the Peterson Portable Sawmill I get more done with less effort, by myself.” 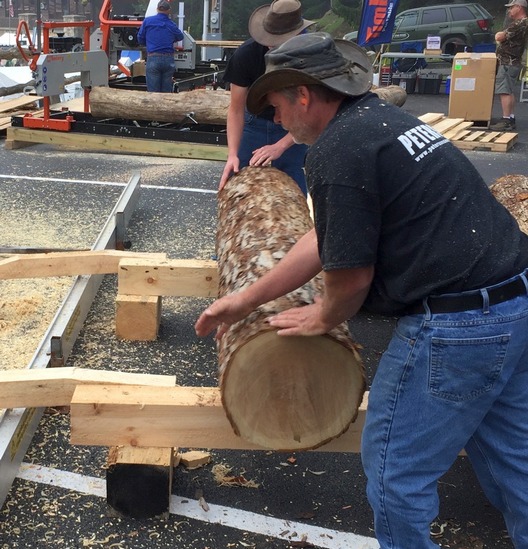 “With the Peterson Portable Sawmill I get more done with less effort, by myself”

He cut the railroad ties with the Peterson swingblade while he had access to the timber, and then cut posts and beams and lumber for a 30’ x 50’ and a 40’ x 60’ foot building. While these portable sawmills both feature circular swingblades, there is an apple and orange comparison here. The Peterson is clearly built for production. 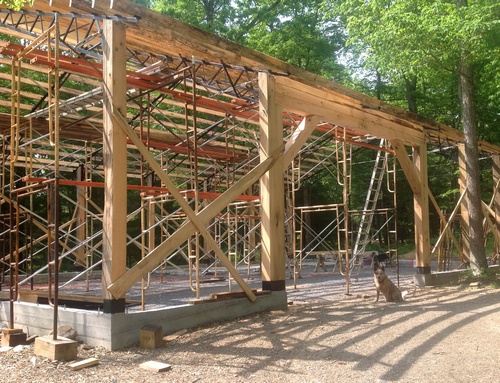 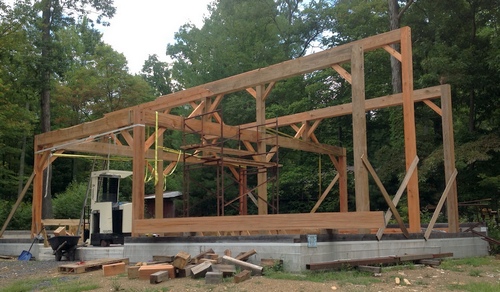 Some of the differences in usage that stand out to Bill:

And how does the Peterson transport?

“Although it’s heavier, it’s easier to transport because of the electric winch’s ability to raise and lower the saw head on the transport wheels. I can take it to the back of the pickup, raise it up electronically, and slide it in.” Once in the pickup, the Peterson swingblade’s own frame serves as a rack to hold the rails in transport. “I had to make a rack on the side of the pickup, similar to a ladder rack, to hold the Lucas rails.”

Demonstrating the Peterson swingblade at Mother Earth News Fair in Seven Springs, PA in September 2016 was enjoyable and easy according to Bill. “We were packed up and headed out before other demonstrators had loaded their mills. It was a blast!” He does have one regret… “I wish I’d bought a Peterson swingblade as my first mill”.