Guy Jackson is a custom sawmiller and a maker. A maker of large outdoor/indoor tables, bench tops, bed frames… and wooden spoons. Guy grew up on a farm near the small town of Ashburton, which is situated on the east coast of New Zealand’s South Island.

While working on a farm as a tractor driver, he started milling some of the logs that were lying around with an Alaskan mill. Guy noticed that there was increasing demand for custom milling services in the area, so the acquisition of a second hand mill (a Peterson) was a logical next step. That was in 2013. He also tried out a twin blade sawmill, which comes equipped with one fixed horizontal and one fixed vertical blade. Guy says about that mill: “The blades would often get stuck. It was a real pain trying to get them out while quarter sawing. My twin blade wasn’t as versatile as my Peterson”. 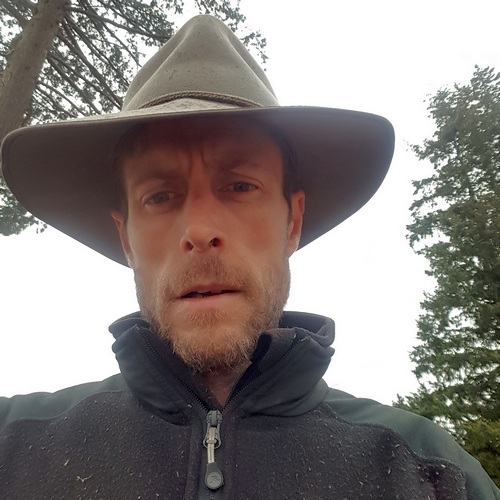 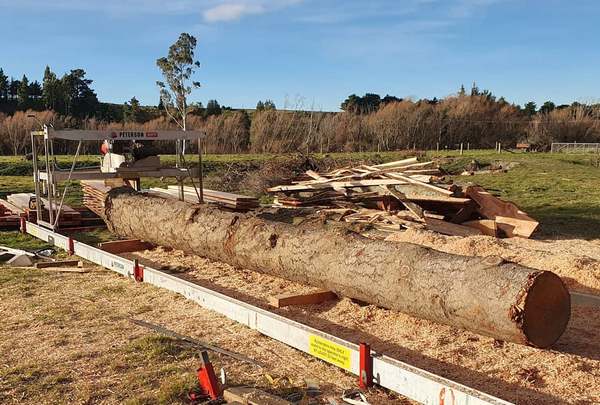 As the demand for his custom milling services grew, Guy started focusing more and more on making money out of it. As a result, he had less time available to work on the farm (owned by his wife’s family). The flexibility of the farm work enabled him to try out milling before plunging into it full-time.

In 2016 he upgraded his old Peterson to a brand new WPF with an 8” blade.“I’m amazed by the portability and quick set-up time of just 15-20 minutes”, says Guy.

As you might have guessed by now, Guy is an efficient sort of guy. For making slabs out of a log, he initially used our clip-on slabber which enabled him to quickly turn his sawmill into a chainsaw slabber.

However, what Guy really wanted was a readily available slabbing machine, such as our Dedicated Wide Slabber. So when a second hand DWS came up for sale in a village nearby early 2019, Guy worked out a deal with the seller so that he could afford to buy it.

Guy has been using his two mills in perfect tandem ever since. Because the width of the tracks of the DWS is exactly the same as that of the WPF, he can run both one after the other on the same extended (16m) tracks. He will cut two or three logs dimensionally at the same time (next to each other), and cut some slabs if the wood is suitable for that. “I love how I don’t have to reconfigure the setup and that I can use both anytime”. The DWS has got a faster chainspeed than his old clip-on slabber, so it cuts faster too. “The DWS is a great machine.”

Guy is the only full-time miller in the area and is perfectly equipped with this tandem set-up to meet the demand for both on-site contract milling and slabbing.

He likes working with exotic species like Elm, Oak, Redwood, Walnut, Sycamore, Apple, Ash and Cherry. He believes this gives him a competitive edge. Another smart move was to set up a new workshop closer to the ‘big’ city of Christchurch.

Guy is now much better positioned to serve his client base, resulting in a huge positive effect on demand for his slabs and furniture. Now customers could more conveniently come to him to choose a slab for a project (he has 100s of slabs in stock!), whereas previously his workshop in Ashburton was simply located too far away.

After upgrading his sawmill in 2016, next on the list will be an upgrade of some of the tools that he uses in his workshop, like the third-party router which is making a huge mess. Guy has been eying up our complementary planing blade and sanding kit, to further increase production and add value.

Guy works with wood because he loves timber, just like so many other Peterson Sawmill owners. His customers reap the benefit of his tandem sawmill productivity. 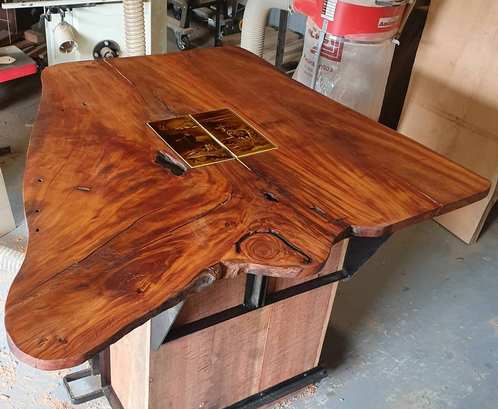 Guy operates both a Winch Production Frame sawmill and a Dedicated Wide Slabber; the perfect combination to tackle any job. View the full specifications on the WPF and DWS webpages.
COMBI