The Ozark National Forest spans 1.2 million acres and is located predominantly in the Ozark Mountains in northern Arkansas, USA.

Just a few miles south lives Henry C Johnson with his extended family. Henry grew up on a 30 acre farm in the foothills of the mountains with Pine, Red Cedar, Black Walnut and Oak all around. Henry bought the farm land from his father and still lives on it.

As a child Henry enjoyed building things out of wood, and from an early age he wanted to become a carpenter. Henry remembers that time well: “We didn’t have a lot of money, but we had all we needed. I milked a cow every day when I was 13 years old. I also hauled hay bales on neighbouring properties and was paid 2 cents a bale. I managed to save $225 that summer! My favourite job though was building houses. I learned how to work hard and enjoy the satisfaction of a job well done”.

It is no small wonder then that Henry ended up as a professional builder. Among his best achievements to date, Henry, now 70 years old has built his own house and houses for four of his seven children. 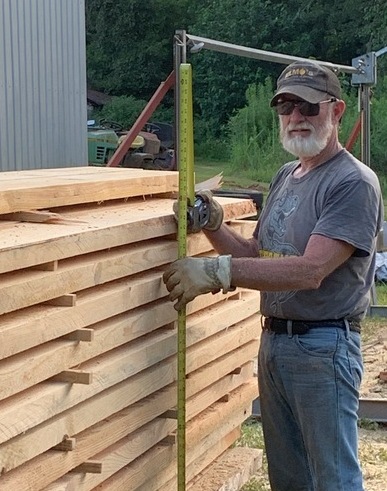 The buildings are based on their own designs.  Although some of the wood used in building them was purchased from the local lumber stores, wherever possible (to save money) they used lumber sourced from Yellow Pine, Eastern Red Cedar and Oak grown on their farm.

Henry started looking for a sawmill that was economical to use and that could cut logs accurately into rough sawn lumber. After researching thoroughly he decided to get a swing blade sawmill: “It seemed to me that swingblade sawmills were much less work than bandsaw mills. It’s easier to sharpen 6 teeth than 60 or however many a bandsaw has.” To decrease downtime, the Peterson blade can be sharpened while it is still on the mill, in less than 10 minutes, and without having to remove any guards. Every new swingblade sawmill comes with a diamond-coated sharpener. 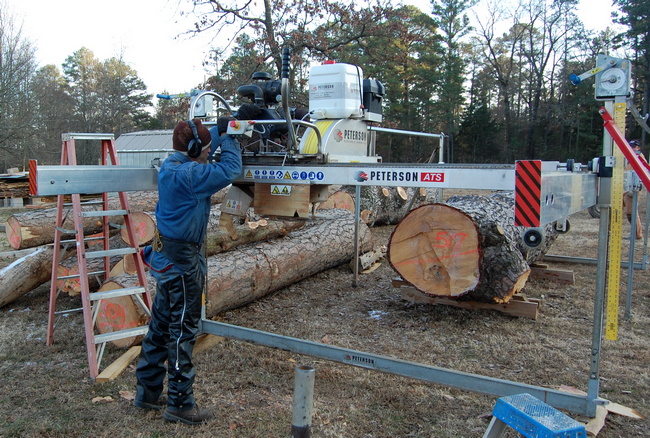 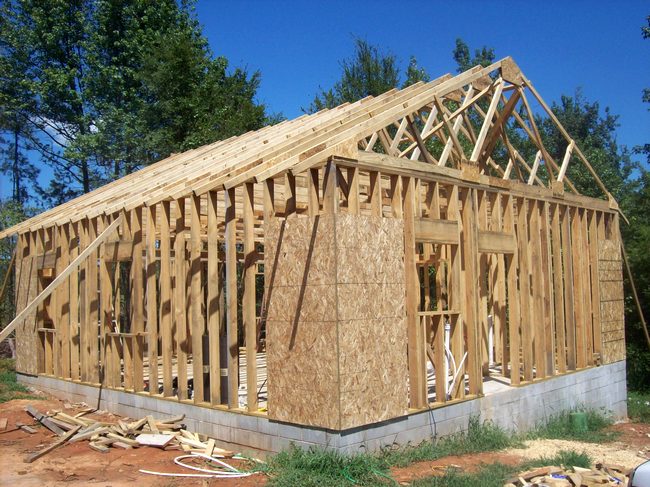 Henry: “To me Peterson is by far the best swingblade sawmill on the market. While I don’t use my sawmill every day, it’s always ready for me when I need it. Even though I use the saw mostly in the same place it’s always good to know if I need to move it, it’s fairly easy to do so.”

Peterson Portable Sawmills help mill owners to sell their used mills by providing a free classifieds section for used sawmills for sale on their website. This is where Henry found a suitable second hand All Terrain Sawmill (ATS) in  Ohio. The ATS is Peterson’s most portable sawmill, designed for operation in remote locations and rough terrain. It meets our clients’ demands for an affordable and portable sawmill that can handle the tough conditions of farm, beach, snow or jungle. 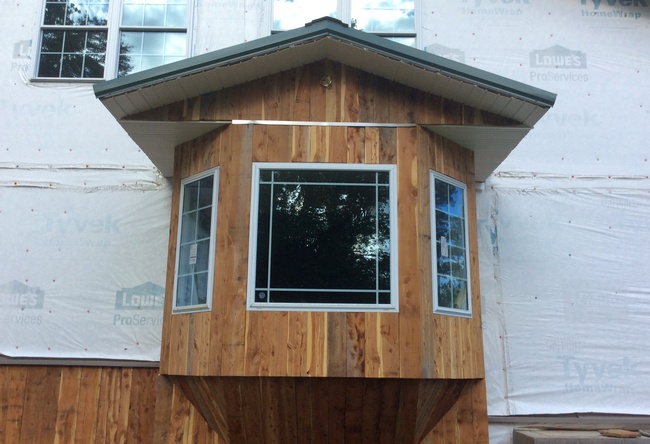 “My Peterson is one of the best investments I’ve ever made. I like the accuracy and ease of double cutting extra wide boards. The EZ dogs are great, they help hold the logs more securely. ”

Henry didn’t stop using his mill after they finished building the family homes. “I cut up some Pine timber after a storm blew the tree over on my neighbour’s section, and used the wood to build a 22’ x 48’ sawmill shed. Over the years, I’ve also constructed a 30’x 48’ workshop, a black walnut dresser and a blanket chest, some cedar shelves and a TV stand.” Working with the Black Walnut proved tricky, since some logs contained quite a bit of metal such as screws and bolts. A metal detector was used to locate the hazards so Henry could drill out the metal before sawing.

For a while he made and sold children’s toy block sets on Etsy, cutting the blocks out of different kinds of wood like Red Cedar, Walnut, Cherry, Ash, Oak and Sweet Gum. Henry muses: “If you can get paid for what you enjoy doing, it won’t seem like work”.

In his free time, Henry and his grandsons enjoy playing with their model trains, set in a beautiful miniature landscape. The intricate railway bridges are handmade out of scrap Black Walnut! 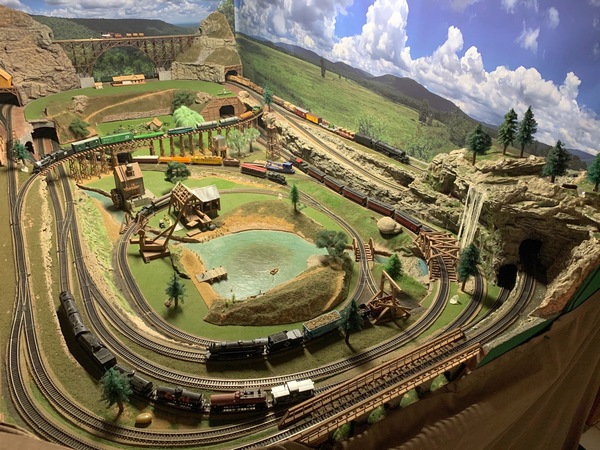 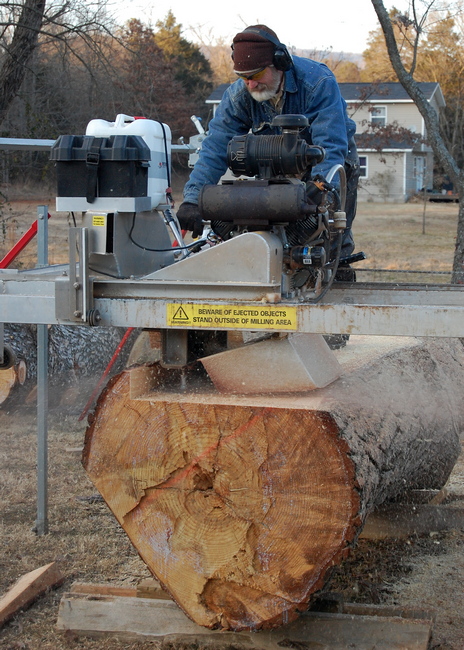 His latest favourite project sawn on the Peterson ATS is the Johnson geodesic dome greenhouse, which Henry’s family built out of Yellow Pine and Red Cedar. The triangular elements of such a dome are structurally rigid and distribute the structural stress throughout the structure, making geodesic domes able to withstand very heavy loads for their size. Watch the YouTube videos for a time-lapsed overview of the building process:

Henry is very happy with his greenhouse, another satisfying job well done! For many Peterson owners like Henry, the possibilities of what one can build out of wood are endless and only limited by imagination. What would you build?

“If you can get paid for what you enjoy doing, it won’t seem like work”

Henry operates an All Terrain Sawmill; the ideal portable sawmill for milling in tough conditions. View the full specifications on the ATS webpage.
ATS