Milling in Nepal: a post-disaster response 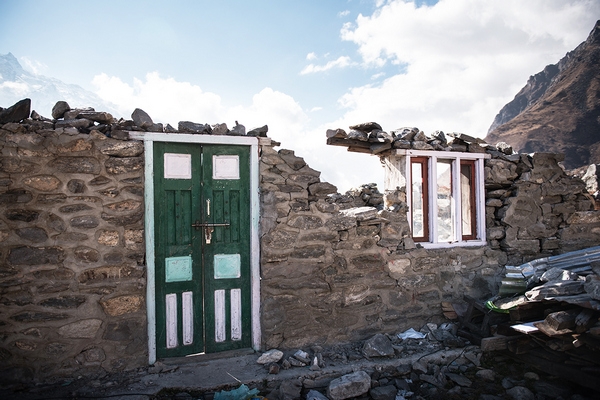 A powerful earthquake of 7.8 magnitude struck Nepal on April 25, 2015 toppling multi-story buildings and houses, resulting in nearly 9,000 casualties and more than 22,000 injured people. Not only this, but several landslides were created along with the avalanches in the Himalayas.

The quake was followed by hundreds of aftershocks and also by another major quake with a magnitude of 7.3. Thousands of people lost everything and faced extreme poverty. The quakes’ strongest impact was in remote rural areas. More than 600,000 homes were destroyed and more than 288,000 were damaged in the 14 worst-hit districts of Nepal.

Various humanitarian organizations responded quickly to the disaster with search & rescue teams and immediate aid deliveries. Most severely affected were the remote areas, which made the response extremely challenging. Despite this, work is still underway to rebuild schools, health clinics, houses, livelihoods, and to help families and communities gain more resilience to future environmental shocks.

Samaritan’s Purse International Relief is one of the global organizations that help people all around the world who are victims of war, poverty, natural disasters, disease and famine, providing them with spiritual and physical aid. The organization began to set up its emergency response in Nepal within 4 days after the 7.8 magnitude earthquake struck.

Many villages in Nepal had been completely wiped out. The beautiful Langtang valley was one of them. Samaritan’s Purse initiated a resilience project in Langtang by reconstructing the houses, community water supplies, bridge and by introducing several reforestation programs for the people. 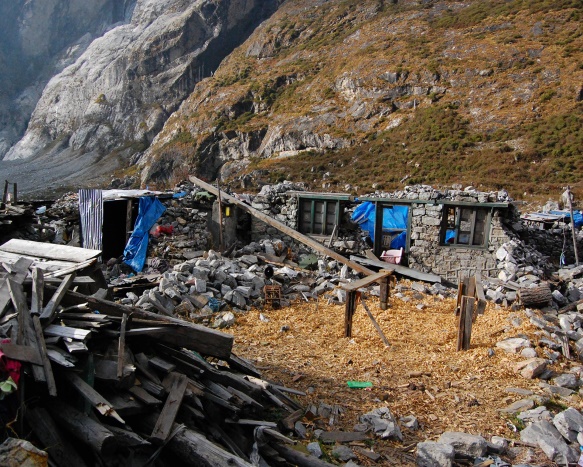 A massive avalanche in the beautiful Himalayas of Langtang destructed all the trees within an area of almost 3 kilometers. Samaritan’s Purse successfully managed the milling of 15,000 cubic feet of wood at an altitude of over 10,000 feet above sea level by procuring the Peterson’s ATS Sawmill from New Zealand. 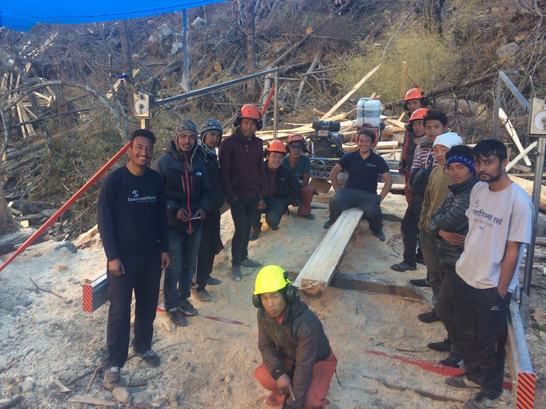 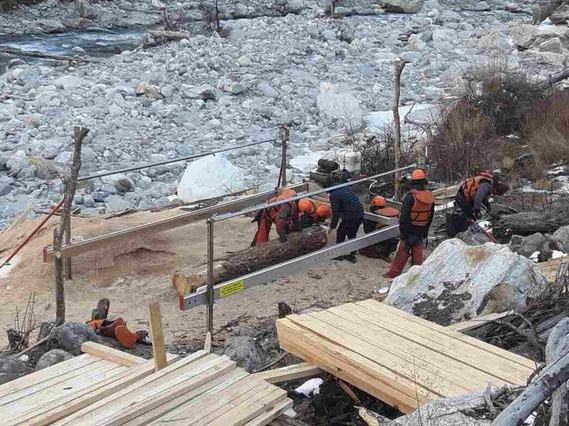 The lumbered wood was used for the doors and windows for the houses being reconstructed. The Langtang people started to heal again and getting back their beautiful smile with well-built dwellings. The sawmill, being very portable, was easy to operate in such a geographically challenging region and was a big help.

Samaritan’s Purse appreciates the better quality offered by the Peterson. The sawmill lived up to its reputation and made the challenging job that little bit easier.

Bikram's team operate an All Terrain Sawmill; the ideal portable sawmill for milling in tough conditions. View the full specifications on the ATS webpage.
ATS