A record year for Sawyer’s Choice

Sawyer’s Choice are the proud North American distributors of Peterson Portable Sawmills. Based in California, Darian Elizondo has been running Sawyer’s Choice since early 2018. Darian has been a sawyer for most of his life, and explains: “I grew up in a small town and after college started working at a sawmill in Northern California. After various hands-on roles I started working in sales, selling Lucas sawmills and running their business sales programme.”

In 2014 Darian started a small company named Left Coast Supplies together with a couple of other guys. They became the exclusive distributor for Lucas Mills for a couple of years. Darian always recognised the reliability of the Peterson range: “Although business was going well, I noticed how people were upgrading from Lucas to a Peterson, and not the other way around”. Once the contract with Lucas Mills had ended, he bought out his business partners, approached Peterson and sealed a distributorship for North America, operating under the name Sawyer’s Choice.

Darian passionately talks about mills: “The Peterson range has many advantages over the Lucas mills. One of the outstanding features of the Peterson design lies in its ability to double-cut. Unlike with a Lucas sawmill, you can take on logs of any length, without having to take the mill apart and reassembling it.” 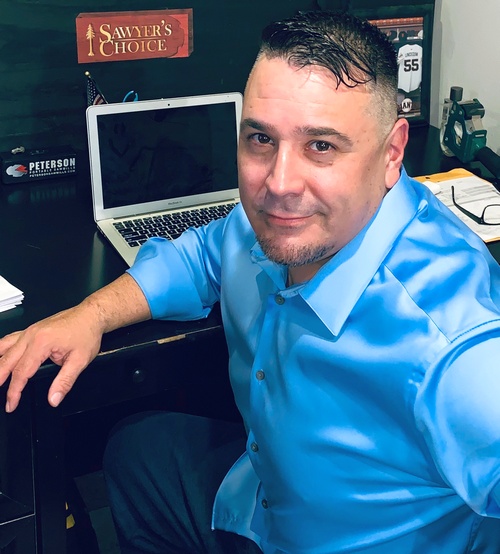 “Unlike with a Lucas sawmill, you can take on logs of any length, without having to take the mill apart and reassembling it”

He also mentions that the stainless steel components (including the nuts and bolts) used with most of the Peterson range are much better suited to the moist Southern climate.

Darian attributes the strong increase in sales in the USA to the fact that more and more American professionals are discovering the quality of Peterson sawmills: “Over the last year (2020) tree trimming companies were among our main buyers. They are considered essential businesses during the Covid-19 pandemic and therefore are not affected by any lockdowns. We have been selling a lot of mills this year to professionals that are working in related industries.” Apart from wood chips and firewood, tree trimming companies are now also offering the popular wood slabs for sale. 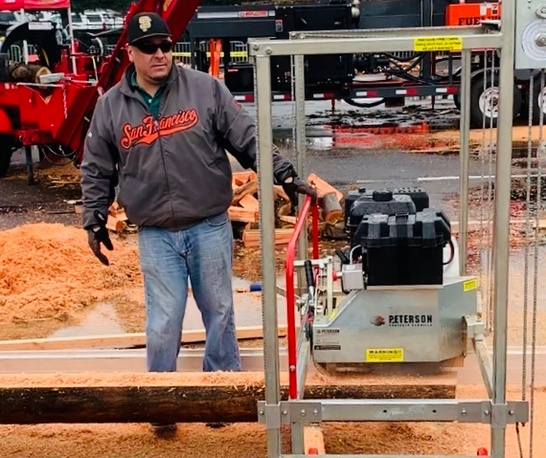 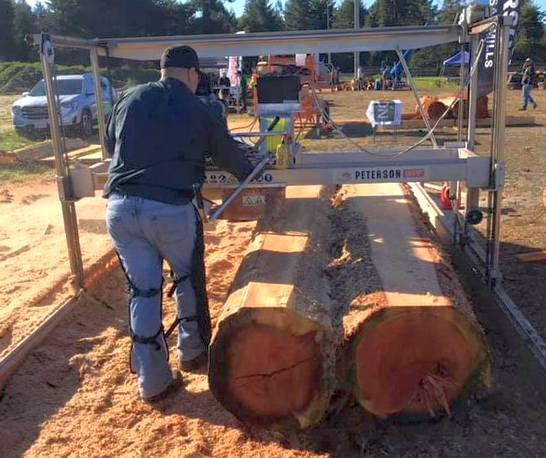 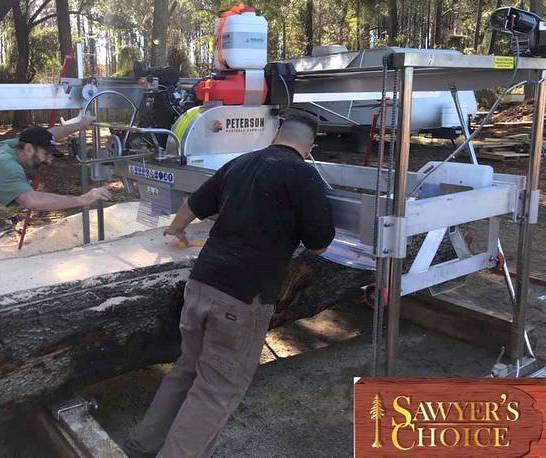 The 10” WPF remains the most sold mill in Northern America, although demand for the automated ASM is increasing. Darian cites the possibility to customise the Peterson mills as a big plus: “We give our customers the choice of a range of motor options and track lengths and stock a range of parts and accessories right here in our warehouse in Willits, California.”

“We stock a range of parts and accessories right here in our warehouse in Willits, California”

Both the Peterson factory in New Zealand and Sawyer’s Choice are trying hard to keep up with American demand. Currently all mills that leave the factory for the US have been pre-sold already. Darian is optimistic for 2021: “Consumer confidence is pretty strong right now. People are starting to appreciate the quality of Peterson portable sawmills, it is clearly standing out against the competition”.

With over 30 years of circle swing blade milling, band saw milling and chainsaw milling experience, Darian can answer your technical milling questions and advise you on the best mill model for your operation. Peterson Portable Sawmills is proud to be affiliated with this experienced sawmiller and his American business. 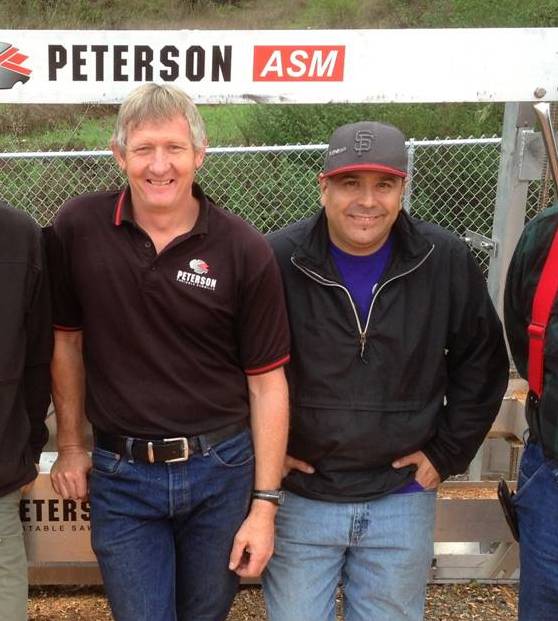 Peterson Agent for the United States