The Peterson Automated Swingblade Mill (ASM) has revolutionised the portable sawmill market, delivering increased and consistent commercial sawmill production with little effort. The ASM makes horizontal and vertical cuts, changes the size or depth of the cut, and removes the previously cut board, all at the touch of a button by the operator. Designed with high production in mind, this commercial sawmill maintains fast and consistent production throughout the entire day.

The ASM is operated with a patented Board Remover which returns boards to either end of the mill. This is ideal for single person milling as it allows high production. The board remover also acts as a great stabilizer, which means it increases the rigidity and stability of the blade, making for a smoother cut with less deviation.

Features and optional extras for the Automated Commercial Sawmill

Single Point Sizing
On all ASM and WPF and JP frames, the system allows the operator to lower all four corners of the mill equally from one position meaning more accurate boards. The automated single point winch system, may be upgraded to electric on the WPF.

Rigid Track System – Unlimited Extensions Available
The Peterson JP, WPF, ASM and DWS have all been designed with a track system which allows for unlimited track extensions (extensions available as optional extras). Perfect for when Jeff Sincell milled a 40′ log on his WPF.

Durable, Low Maintenance Blades
Peterson blades last for 2-6 years with normal use and maintenance. However, some swing blade sawmill owners have been using the same blades for over 10 years! With our blades, maintenance is minimal as our circular blades can be sharpened right on the mill in less than five minutes.

Cut Wide Boards with Ease
A unique feature of all Peterson Portable Sawmills, is the ease of double cutting timber slabs by a single operator. A double cut is the joining of two horizontal cuts together to obtain a wider board or slab using both sides of the blade.

Positive Lock for Left/Right Sizing
Peterson’s left/right sizing system is run by chain and sprocket, with a turning handle and lock. So that means it will only move when you unlock it, and you can position the sizing very accurately to within 1mm. No slippage, and top accuracy for every board.

Electric Winch
Standard with the ASM model, the electric winch allows touch button control of the track height. Not only does it make for faster resetting, but sizing is more accurate due to raising and lowering the tracks at the same time.

Hi/Lo Track System
Peterson’s patented Hi/Lo track set up comes standard on the ASM model. The Hi/Lo tracks allow the operator to either load logs over the track on the low side, or roll logs under the high track, giving the utmost in versatility for mobile or fixed site applications.

Power Options
Petersons are proud to offer 27hp and 30hp Kohler and 35hp Briggs & Stratton Vanguard big-block gasoline options, and a 20hp 3-phase 15kw electric motor. More horse power makes it easier on the engine when you’re cutting hard wood, and also allows you to cut through a log more quickly. When you speak with our sales team, make sure you ask about these high end motor options for a more powerful portable sawmill.

Cyclonic Air Filter
These state-of-the-art filters separate clean air from debris and liquids by the design and rotation of the air intake. Petersons have many unskilled operators in remote areas that often forget to clean/change their air filters regularly, but their  Kohler or Vanguard Briggs & Stratton motors with cyclonic filters just keep going anyway! Heavy duty cyclonic filters can give up to three times the life of standard duty air filters.

Peterson Blades
To decrease downtime, the Peterson blade can be sharpened while it is still on the mill, in less than 10 minutes, and without having to remove any guards. For your convenience the sharpener is pre-set to fit your blade size.

Quality and Warranty
We manufacture the Peterson Portable Sawmill range using quality materials such as hand polished stainless steel and aluminum that make them virtually rust free. This also means the mills are robust in performance, and most importantly – have long-term durability in even the harshest conditions. Because we have faith in our manufacture, and we want you to as well, we offer a 2-year frame warranty on stainless and alloy frames manufactured by Peterson.

Elevated Engine Position
Petersons mount their sawmill engines higher than other manufacturers for two reasons: firstly, to ensure the air filter intake is further away from the sawdust output. This prevents sawdust build up and overheating of the motor. And secondly, to allow the ability of double-cutting to full depth, without the motor and gearbox restricting the opposite side of the blade.

Board Quality of Peterson vs Bandsaw Mills

* Extendable with upgrade (only at time of order)

** Production numbers may vary due to species and size of cut


Accessories Available for the ASM

Setting up the ASM can be done in four simple steps. With two people this takes between 30-60 minutes. Breakdown can take less than 30 minutes. Click here to see how easy it is to load the mill on to the back of your ute/pick-up truck.

1. Set up your skids and uprights at each end of the log, relative to the length of track.

2. Place the Lo track and then the Hi track onto the skids/uprights.

4. Wheel in the carriage and place onto the tracks. Remove the jockey wheels. The sawing process can now begin.

in the top right corner to select a ASM video: 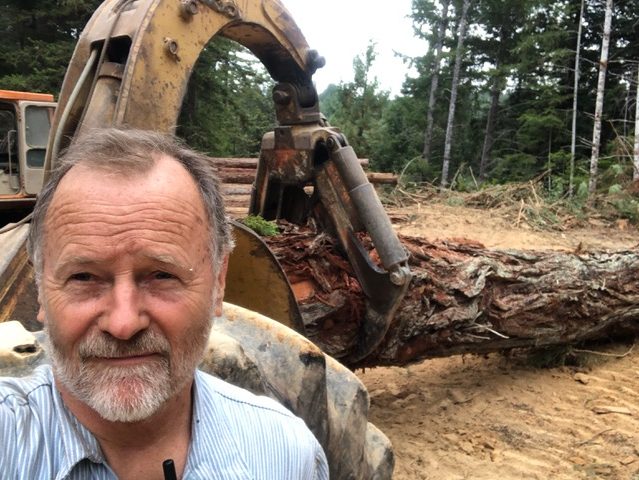 An American homesteader making best use of his Automated Portable Sawmill 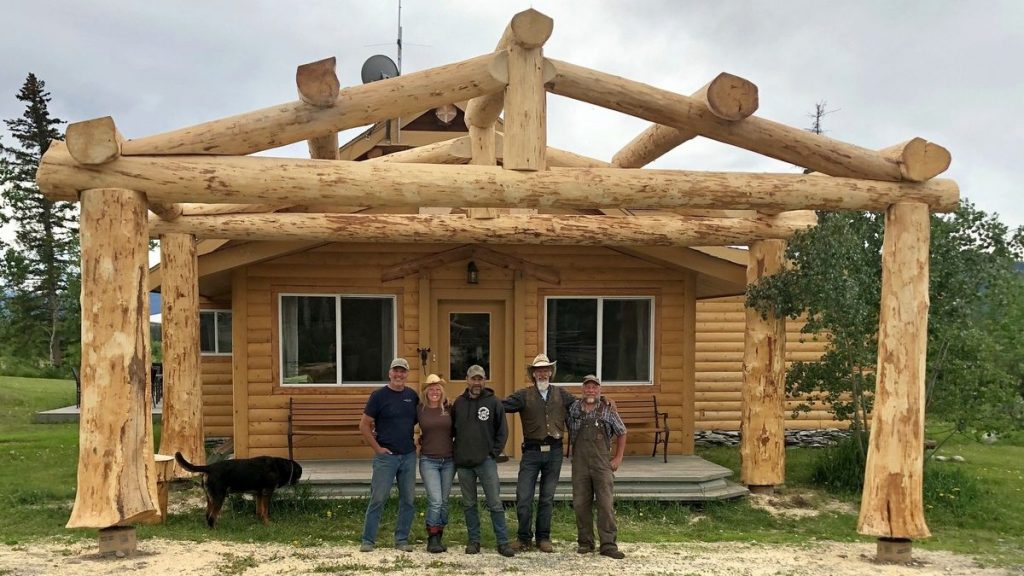 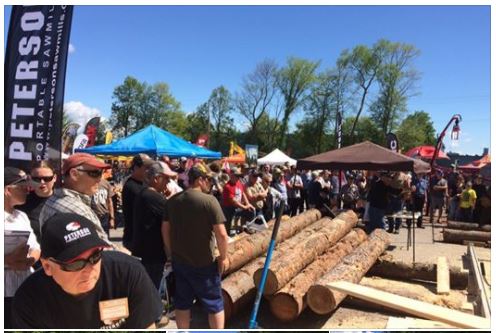 
Check out our product range 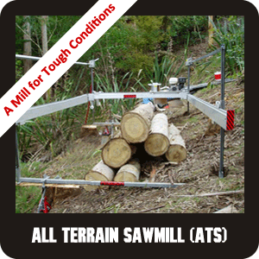 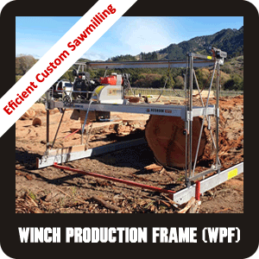