Sawmilling as a Lifestyle – Living His Dream 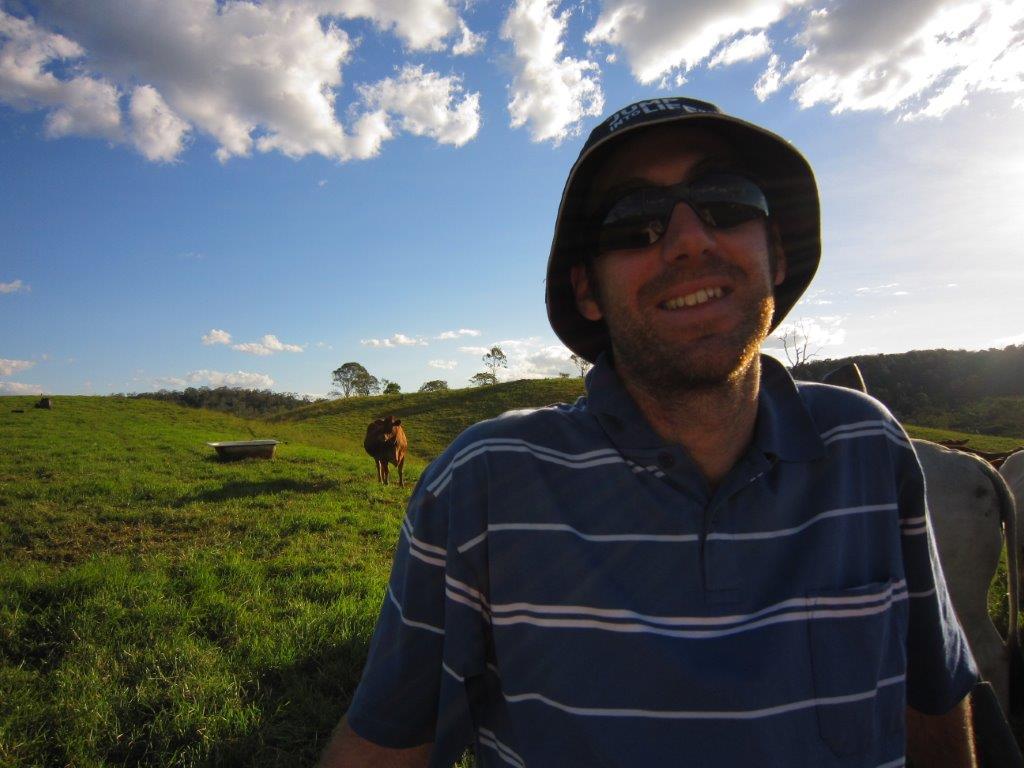 There are few people in this world who have turned their dream into reality; custom sawmiller Owen Burns is one of them. Owen founded his business ORB Timbers using his Peterson 10” WPF and DWS sawmills. ORB Timbers provide high-quality timber sawmilling services and beautifully crafted custom made furniture and wooden articles for clients.

Owen’s dream of working with wood did not happen overnight. It was with a lot of hard-work and dedication that got him deservingly where he is today; owner and operator of his own sawmilling business.

Owen was born in Mackay Queensland, Australia and grew up on his parent’s dairy farm in Broken River, Eungella. Raised in a busy household with his younger sister and brother Owen enjoyed doing practical tasks and loved riding motorbikes. He also enjoyed playing in the nearby creek building dams and looking for Platypus, which thrive in his area.

One of Owen’s favourite memories as a child is spending time with his Grandfather. Owen would run around the house with a biscuit behind his back and his Granddad’s dogs would chase him. As a teenager, Owen enjoyed watching his father and his friends make things out of wood and developed an interest for crafting timber. 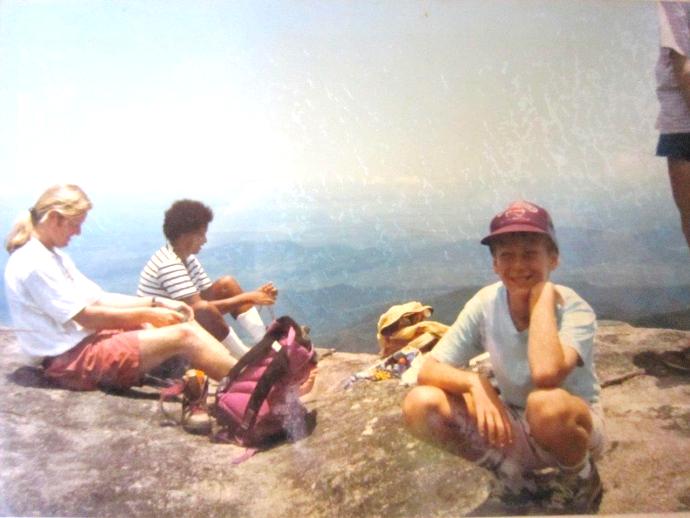 The first real taste Owen got for working with wood was when his father salvaged a large amount of Red Cedar to build a tourist resort on their family farm. It was at this time, Owen could only dream of turning his love of wood into his main source of income; he thought it would only ever be a hobby. Figuring the best way to affordably get timber was to salvage and cut it himself, the dream began to take form.

Building up the finances to start his custom sawmilling business was a struggle. Owen trained as an electrical engineer and worked in maintenance for a mining asset company. This meant that he had to spend long periods of time away from his friends and family, and life in general.

After many years, the hard work paid off and Owen had saved enough money to start ORB Timbers Craft & Services. “Working hard and saving money allowed me to buy the gear I needed, and my passion did the rest.” 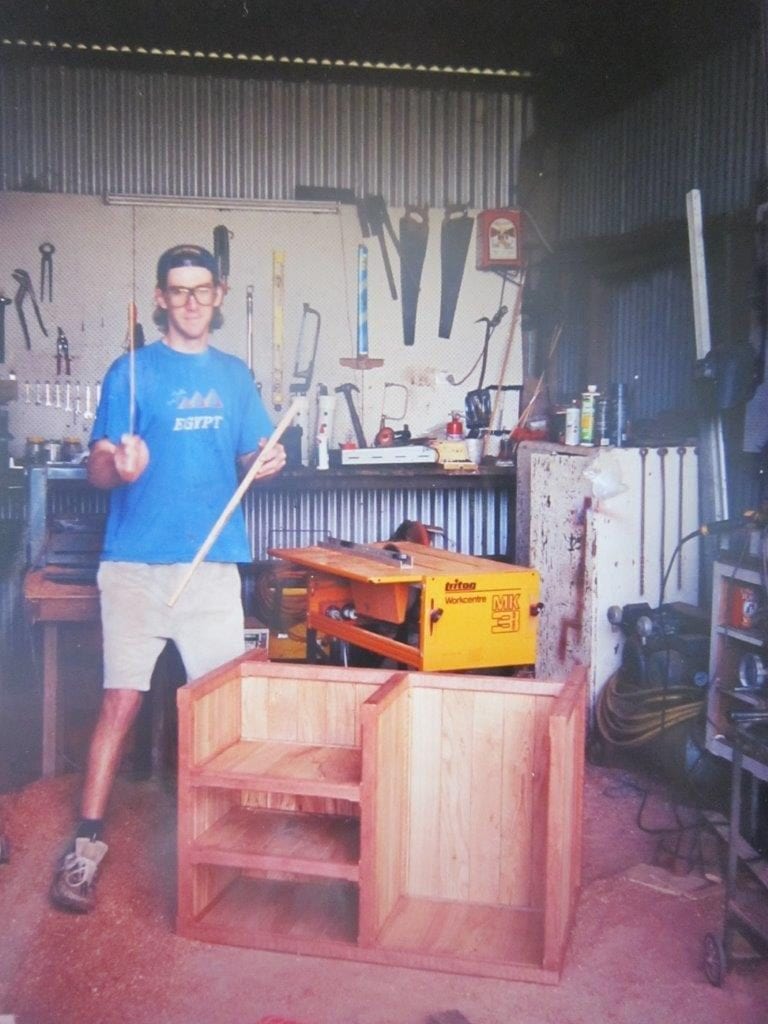 Owen’s first major investment was to be a sawmill, and because of his ability to salvage timber Owen needed it to be portable, however he had no experience with one before. He had only ever used his father’s clip-on chainsaw mill which was hard on the body, and quite slow. For Owen to make a living out of ORB Timbers sawmilling, he needed something more efficient.

Prior to investing in a sawmill, Owen researched thoroughly and discovered that he didn’t trust the accuracy of the band saw mills, and was not impressed with the stability of some of the portable swingblade mills in the market.

Owen had seen the Peterson Portable Sawmill website and had also come across a Peterson demonstration at the Brisbane Timber Expo and found that the Peterson mill had everything he was looking for.  “It was in a price bracket I could afford, and there really wasn’t much not to like. The mill cut accurately, and it could double cut wide boards,” which for a craftsman was a necessity.

The WPF was an ideal sawmill for Owen’s small business because of its ease of use by a single operator. With one winch at the operator’s end, Owen is able to adjust the height of the tracks in one movement, giving him more time to ensure he gets the best out of his valuable salvaged timber.

The DWS, a purpose built slabbing unit, gave Owen the ability to cut slabs up to 1.5m wide for custom milling jobs or for his own requirements. Fitted with its own motor, gearbox, bar and chain, and using a 404 ripping chain, the DWS can produce up to 30 slabs per hour.

A 10” circular blade is fixed to the WPF and requires very little maintenance – depending on the type and condition of wood being cut. 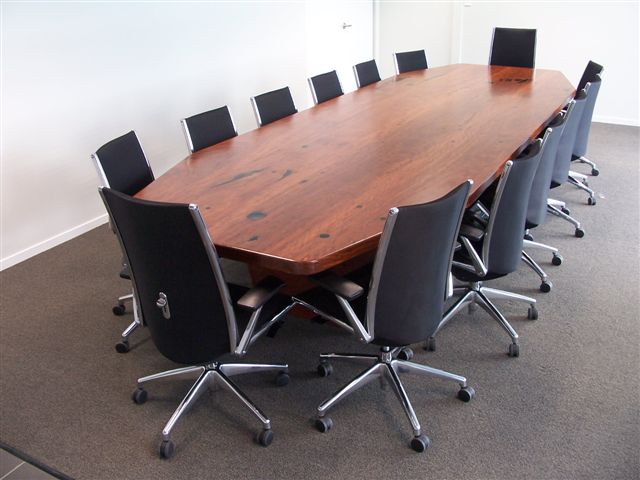 With Owen’s remote sawmilling locations, he appreciates the ability to sharpen his blade on-site in less than five minutes, using the sharpener supplied with every Peterson mill purchased. Many milling locations have obstacles Owen has to overcome. Working in hill country required a slight modification to the mills, by way of an extension to the track legs to allow Owen to use them on extremely uneven ground. “The only flat ground in Eungella is on the side of the hills.”

As someone who conducts many of his milling jobs on his own, one of Owen’s favourite features of the Peterson sawmill is it’s ‘wheel barrow-like’ function for loading and unloading. Jockey wheels fit to the frame of the mill’s centre unit which houses the heavy motor, enabling him to maneuver the centre unit to his desired location. The tracks of the mill can be separated into sections and are made of aluminum, making them light enough for him to lift the sections into place.

A recent achievement for Owen, was turning recycled timber from the Broken River Bridge which was built early last Century, into a 14-seater boardroom table which measures 4.65m long and 1.6m wide. His Peterson mill was used to straighten the edges and remove bowing in the timber. 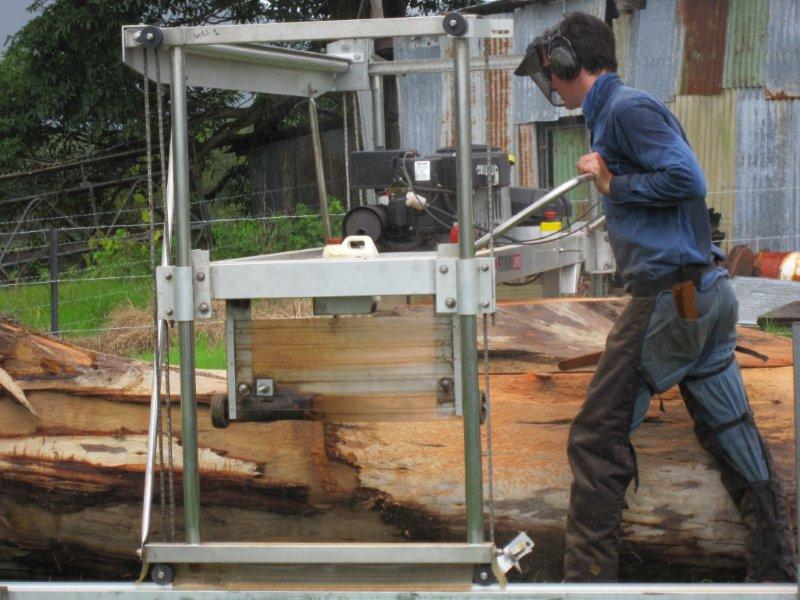 Some of the other equipment Owen uses to compliment his Peterson mills include a range of woodworking equipment and a tractor, chains, wire ropes and “last but not least, my dad.”

With the goal of being self-sufficient and making a comfortable living through running the business that he loves, Owen has built a gallery and displays and sells some of his creations there.

Even with all the hard work, Owen doesn’t see ORB Timbers as a job, “I see it as a favour. I just do my thing and if I can help others along the way, so be it.”