Our Kiwi brothers are a surprising and innovative lot, but one invention stands out from the rest.

Peterson Sawmills is located in Rotorua, a smelly town sated with sulphur dioxide, in clean-green New Zealand. It has not curbed the enthusiasm nor invention by the Peterson family, now celebrating thirty years of service across the world. According to an American reviewer on their elaborate website, Peterson portable sawmills are as robust as any other but its engineering and longevity, is a cut above the rest.

“Copying is the greatest compliment but try as they might, copycats still cannot replicate our machinery nor its versatility,” says, Maurice van Liempd, Peterson’s marketing specialist.

The portable sawmills use circular tungsten blades, which last longer than band saw blades. They get about six years out of a blade and they can be sharpened quickly, without removal from the mill; handy when you are deep in a forest.

Carl Peterson started the ball rolling in 1989 with an innovative lesson for fixed machinery, by releasing ‘the world’s first commercially available portable sawmill’, according to Maurice. They may have won their share of awards but quality, service and versatility remain the hallmarks of Peterson’s success. When Carl retired and handed the reins to daughter Kerris and her husband Chris Browne, competition was fierce.

A single Peterson unit can mill, slab, plane and sand, by hand or by automatic operation on any surface or incline. With customers scattered across the globe from Papua to Germany, New Zealand to North America, Petersons have adapted to these dramatic and variable conditions, establishing a recognized brand, to satisfy these markets.

The entry level Junior Peterson portable sawmill is basically for a part time miller. It will cut 4x2s and 6x2s for rudimentary tree stakes. A Peterson, cuts a board one at a time allowing you to select the log you are cutting, which is useful for grade sawing. The product range supports a clip-on slabber for very wide boards. Their All-Terrain sawmill is designed for rugged terrain, in jungles, forests and uneven ground, and a model up, called Winch Production Frame, is the most popular one, for efficiency and because it can be upgraded.

Kerris Browne is in ‘a man’s world’, she confesses but is quick to point out there is a woman at the helm of Norwood, a large sawmill company in Canada. “I hire men to sell our mills. You can only push it uphill, so far. Men and machinery go together and customers feel more reassured. I know it’s not right but its fine with me,” said Kerris. 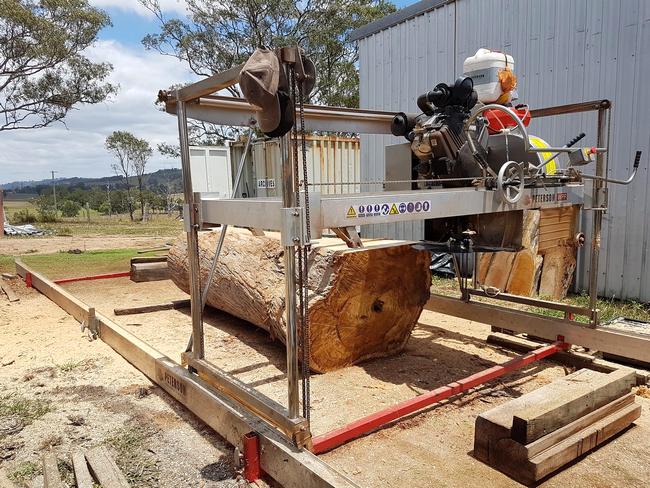 She is not one to get rattled easily, and in her own Canadian-NZ vernacular, she’s been through ‘some pretty good curved balls’.

With an annual turnover of about $2 million, they sell between fifty and 100 sawmills each year. Competitors tend to premake their units, while Peterson’s mainly custommake their portables – a factor in their survival. 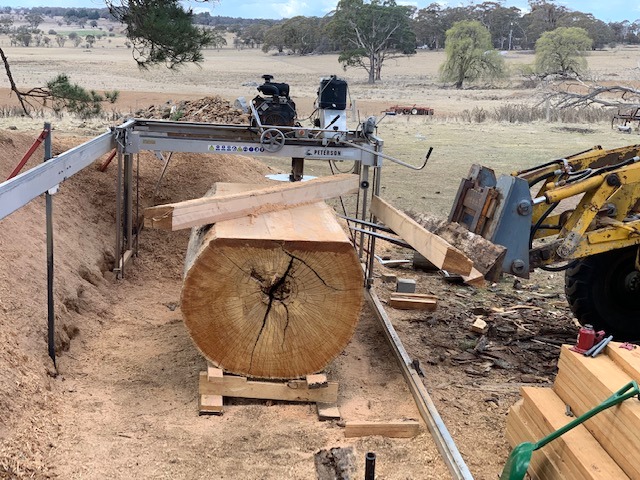 They have reps in Canada and USA but are keen to start a network in Australia. Selling from a factory outlet in New Zealand directly to the Australian market is one way around this networking issue. The freight costs in North America are so expensive and prohibitive in many cases, especially for South American countries – where freight needs to be routed through Singapore and USA to get to anywhere south of the equator. “It’s a nightmare,” says Kerris.

“We are creating businesses and income for thousands of people. We sell a lot of automated machinery to Australians who get sick of pushing the mill.”

Kerris is cautiously optimistic, likes to ‘think things through’ and be well prepared, hiring people who are ‘better’ than her. 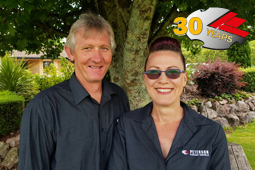 History of the original designers of the commercial swingblade sawmill 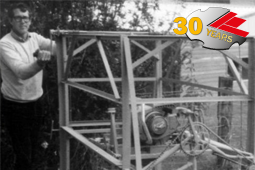 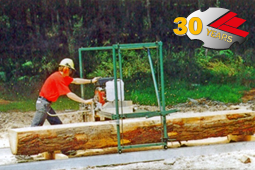 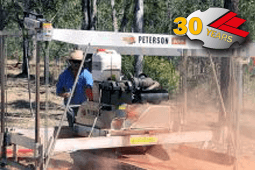